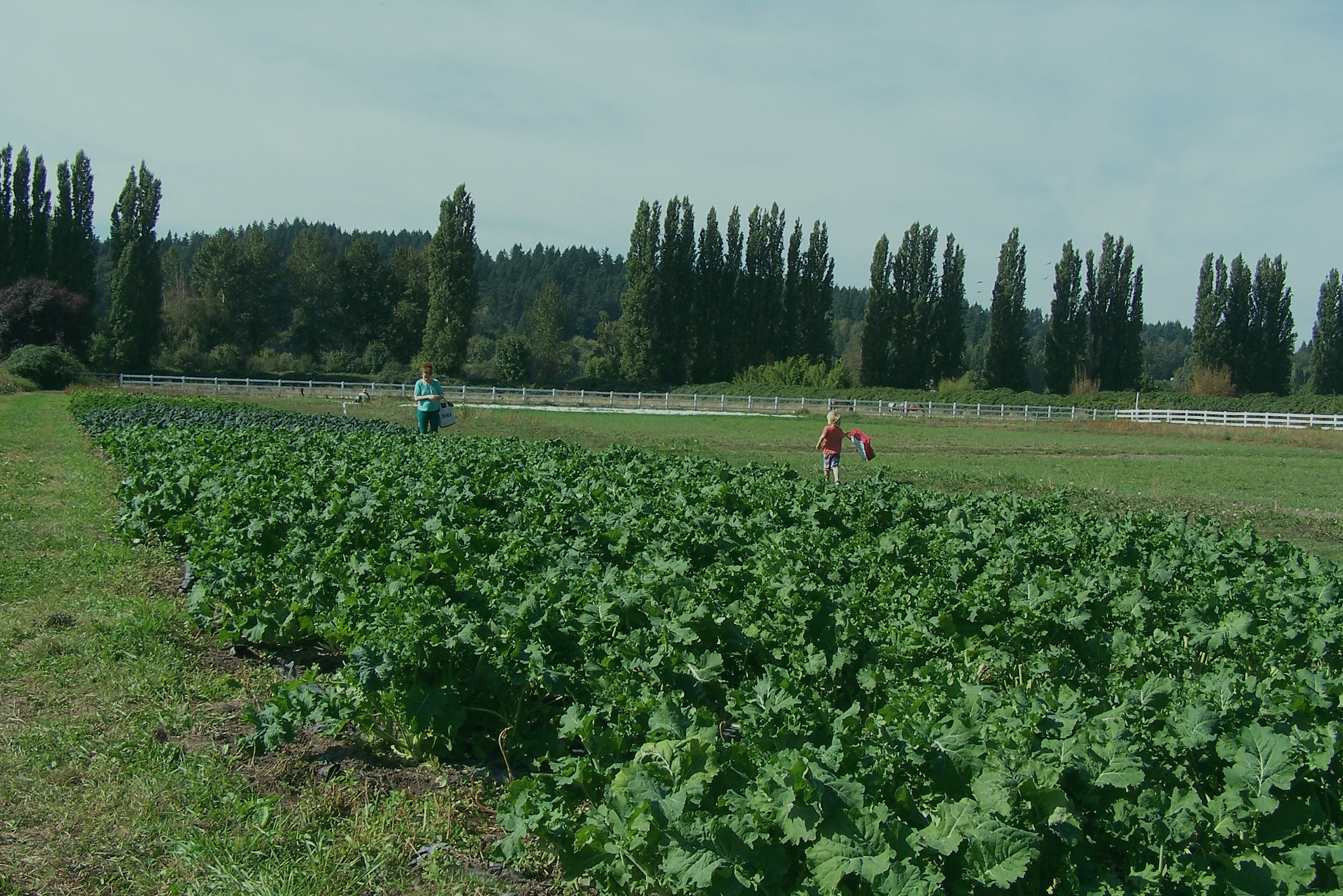 When I first began this farm, back in 1985, I had no money, no equipment and a beat up little car that was given to me. I also had no farming experience. What I had was an idea, one half acre of land that I rented for $45 per year, and a whole lot of faith. The land was an old Christmas tree farm, and in order to use it, we not only had to pull the old trees out, we had to deal with 4’ tall weeds and ground that had almost been ruined by plowing, chemical use, and no sustainable farming methods. There were no buildings out there, no shelter other than my car, and all I had to work with was a used shovel and rake. What possessed me to do this? I knew I loved growing things in my backyard garden and sharing with neighbors - I was also turning 40, so maybe I really needed something of my own to do.

There were other players too, all with their own brand of faith. As time went by, and it was apparent that this was not just a whim, my husband (who was definitely a “city person”), built an old shed out of re-cycled Boeing packing crates. That shed stood through every storm until we finally pulled it down in 2010! we lived in a house in Mountlake Terrace and since there was no greenhouse at the farm, I would haul all the plant flats home and load them onto shelves under lights for warmth and germination.

After a few years of sheet composting and cover-cropping, my little plot was finally producing vegetables in quantities enough to sell. After a couple of years of strapping dripping boxes of produce to the rack on top of my ’74 Celica, stuffing them into the trunk and backseat (I actually had mushrooms occasionally sprout in there), and hauling them off to various grocery stores, I decided to start a CSA. I had read a small article about one such farm back East, the first such endeavor in the US. I wrote up a little brochure, and put a small ad in the PCC Newsletter. Acting on what I thought was an unusual amount of faith, (they did not know me, and had never heard of “CSA”) 20 families sent me checks for $475, and agreed to drive weekly from Seattle to Woodinville, hopefully to collect some food each week. (Eastside folks were slow to pick up on the wonders of Organic produce) Picking up their share was challenging –– members had to make their way to the Boeing packing crate shed to pick up their box (no farm store then), a lot of the time hiking in on foot if it was muddy (no gravel driveways then) But those faithful few did it, word spread, and we pulled up more trees. 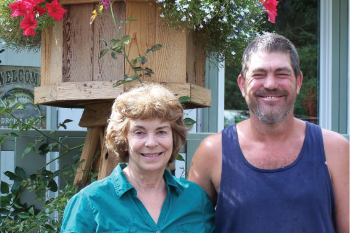 Soon we had nearly 100 members, but still no buildings, equipment, or electricity. I also needed more help with the work! My oldest son, Jeff, agreed to drive up from Buckley every day to work for me. He had 5 kids to feed, so the 100 mile daily round trip was deemed worth it. We also had publicity from local newspapers, and our membership base took off. Ok, so we needed operating capital .Enter my fiscally conservative mother who faithfully wrote out a check for a $23,000 loan. We built the store building, purchased a small rototiller and an old tractor, re-covered an old greenhouse frame that was here, wired in some electricity from the well house, and pulled a lot more trees!

The years zoomed by, and the Root Connection grew, one faithful act after another. My sister Rita and her husband Stan gave up their Issaquah digs, bought a RV and moved it to the farm so Rita could help run the Farmstore and become our “member relations” person. Root Connection members loaned the farm money (upwards of $60,000) for a “capitalization Plan” that included building the 2 large greenhouses by the farm store as well as the 27 hoop houses in the field.

Then, in 1998, the owner of the land the Root Connection was on needed to sell the land. At the same time, a 47 Acre parcel of land down the street (which became known as the “South 47 Farm) became available. If that wasn’t enough, the 11 acres next to The Root Connection went up for sale. (This land had been used for horses and had two barns as well as a small house - we still call it "The Ranch"). Pressure was mounting in our little valley strip of fertile farmland. A representative from King County came to visit me and said that the County wanted to get the 47 acre piece into the Farmland Preservation program, as they felt it was threatened. And they were also worried about who might purchase the Ranch property, as it already had attracted the interest of investors who might just build a giant house there and wait for an opportunity to press for a zoning change. “Could you buy these properties” they asked. (Yeah right!) “I’ll figure out something”, I answered.

"Could you buy these properties" they asked. (Yeah right!) "I'll figure out something", I answered.

So I did what I always had done when problems loomed, I wrote about the situation in the member newsletter! We needed to raise $600,000, I said, and the County would kick in the rest out of Farm Preservation funding. I broached the idea that we could form an LLC and purchase these lands if we could get pledges of enough money, and called a meeting for the following Saturday. SIX people showed up –– not really encouraging! But they were the right people! We talked over the concept, passed around pieces of paper to those six, and asked for pledges. Two minutes later we had enough pledges of faith and dollars, and that began the formation of FARM, LLC. (In 2005, I was able to purchase the Ranch property from FARM LLC) The LLC still owned The Root Connection land as well as the So 47 land on the corner of Wood-Red Rd & NE 124th.

Jeff moved his wife, disabled mother-in-law, and 5 children from Buckley into the small house at the Ranch. All the grandkids continued to work at the farm, as they had off and on (some as young as 8). During the high school years, it became their full time summer jobs. My sister Rita developed the retail part of the Farmstore, which flourished. Although legally blind, her husband Stan would help with the “after-hours” work of moving sprinklers, covering plants against night frosts, and any of the never-ending tasks that come with being a slave to millions of plants. Later, after the CSA part of the business expanded, (Eastside folks were finally getting on board) we abandoned retail sales to improve and focus on the CSA.

Time took its toll though, as Rita’s husband Stan’s heart condition continued to deteriorate, and my husband George was progressing through the relentless stages of Alzheimer’s disease. Finally unable to work or drive, and increasingly paranoid about being left alone at home, he too found his way to the farm. We left our home of 20 years and joined Rita and Stan here in an RV of our own, with faith that somehow he would get the care he needed, and the farm would continue to survive. My grandchildren pitched in with help for both Rita and I, and actually wrote up their own schedule so that one of them would always be available after school, and evenings so that we could get out for short respites and errands. As things worsened, my husband’s son George Jr. quit his job, moved from his apartment into the employee lounge room in the farm store, where for nearly 2 years he slept on the couch, helped me take care of his dad, and worked - you guessed it - at the farm. And Rita and I, well we just got older. When Stan and George passed away, (both in the fall of 2002), it was the aliveness of the farm that keep us going. Members cheerfully corning and going, kids excited about pumpkins being ready, and all the rest of the life pulse of what this farm is about took on a very special meaning.

It is very gratifying to see the bright eyes and healthy bodies of our member’s children and knowing that our hard work plays a role in this. 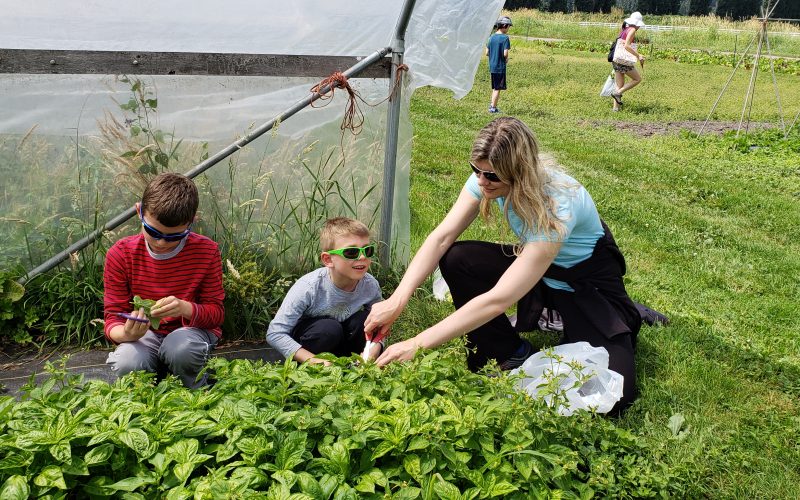 Faith has played a part in the continuing support of The Root Connection members too. Buying their share every year sometimes even before seeds were ordered demonstrated faith in the continuation of the farm, that despite challenges of every sort, crops would be planted, families would be able to eat the best of food for their enjoyment and their bodies’ health. It is very gratifying to see the bright eyes and healthy bodies of our member’s children and knowing that our hard work plays a role in this.

The Root Connection farm is healthy too. After 34 years, the land has been transformed into a vibrant, healthy chemical-free eco-system which produces superior food. We have faith that our food supply is secure. Debts have been paid. There are no operating loans casting a shadow that at some point, a bank may take over the farm.  We have a loyal and dedicated labor team, as well as the next generation committed to running this farm into the future.

Invest In Yourself, Your Family, Your Environment, And Your Community

For over 30 years, we have offered our members the best of seasonal vegetables, herbs, and flowers. Most of our members pick up their produce right here at the farm.

This letter was originally written in 2006, and it was not the end of the story! Look for the continuation which will tell the story of how the ownership of the farm was turned over to Root Connection members by formation of Root of Our Times. 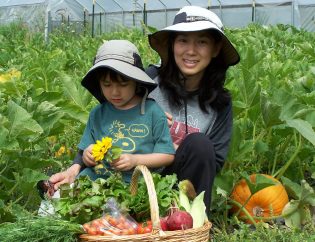 vamtam-theme-circle-post
 Category History
With unclear food supply this summer due to Covid-19, the Root Connection is partnering with current members to set aside 40 Half Shares for families in need.
Read More 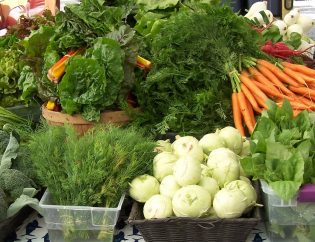 vamtam-theme-circle-post
 Category History
The farm is up and running out here in the beautiful fertile Sammamish Valley. The Covid-19 crisis points out the importance of keeping our local food supply viable!
Read More 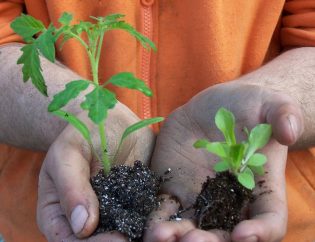 vamtam-theme-circle-post
 Category History
Take a walk through history from June 1984 through the end of 2019 and see just how critical local farms are to our community. Local farms continue to struggle as consumers buy produce from large corporations and the younger generations aren't learning to cook healthy meals.
Read More 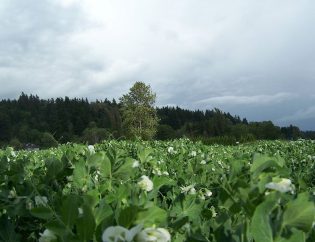 vamtam-theme-circle-post
 Category History
Preserving our farmland is a must––that is––if we expect to provide healthy food to people for years to come. The Root Connection Farm continues to fight this battle in the Sammamish Valley and encourages other farmers to do the same.
Read More 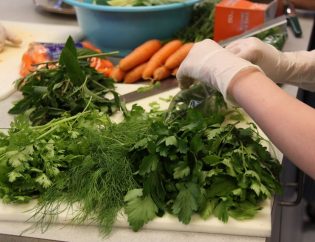 vamtam-theme-circle-post
 Category History
As our food supply becomes more adulterated and poor nutrition from eating junk foods increase––disease abounds. Fed up with this reality, we decided to take action by developing partnerships that supply our crop surplus to those who need it most in our community.
Read More

Part of the rest of the story – Roots of Our TimesCSA Early Sign Up Full Share